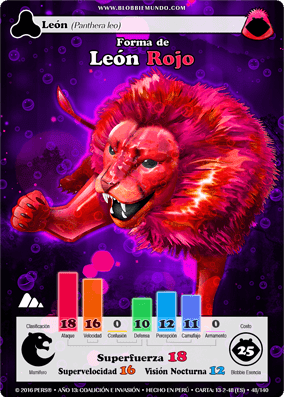 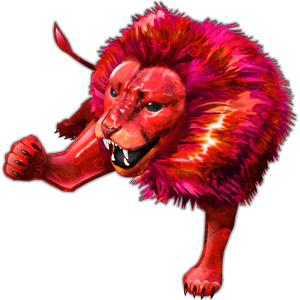 The king of the jungle, with one of the most powerful bites of the animal world, the lion inhabits the prairies of South Africa where he lives in herds that have a male leader, female lionesses and their cubs. They are very territorial animals and the darker their mane, the higher their ranking in the group.
They can reach speeds of 50 mph (80 kph) and weigh about 600 lbs (270 kgs).
Lions feed on large mammals such as zebras and antelopes.

Blobbie Red chose the lion shape because it symbolizes great strength and power, qualities they have in common. 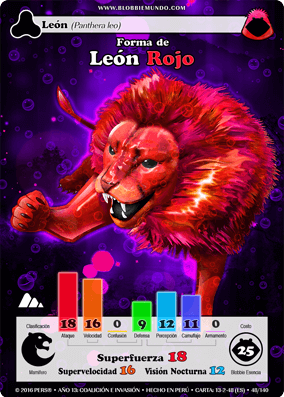 The lion is a powerful shape that can be used directly on the battlefield or, because of its great camouflage, it can be used from the trenches to ambush other shapes.

The Lion Shape Card is in the Red Deck and can also be found, at random, in envelopes from the Chromatic Massacre expansion.