Ch’usaqmama is an amaru (dragon-snake) created by the black magic of the serpent god Amaru Wiraqucha and the mystical essences of the Void Primordial Sphere, which was stolen from the Waqaychaq Mama's temple.

Ch’usaqmama lives in the terrestrial spiritual world, floating in the ether and haunting in the dark. This being of colossal dimensions, is a force of nature to which all kinds of natural phenomena are attributed, particularly plagues and pests. It is said that offerings must be made to all Elemental Amarus to always have good weather.

Ch’usaqmama, being composed of Primordial Void, is spiritual, intuitive, wise, calm, and distant. Ch’usaqmama has an affinity with beings who share her temperament and can be invoked and controlled more easily by them. Ch’usaqmama tends to meditate for long periods of time, trying to form a connection between the physical world and the spiritual world. Another characteristic that Primordial Void gives her is a body that is dark like shadows and gaseous like smoke.

Like all Elemental Amarus, Ch’usaqmama is extremely wise. It is said that many of the secrets of the universe are written on her skin and that, by making offerings and sacrifices, Ch’usaqmama grants wisdom and good fortune.

Ch’usaqmama is a neutral being that can be conjured and controlled with magic and offerings. But conjuring Ch’usaqmama is something extremely dangerous, and she can easily turn against the one who invokes her.

When resting, Ch’usaqmama usually “dissolves” her body in a vacuum, and becomes part of the Earth's Biosphere. 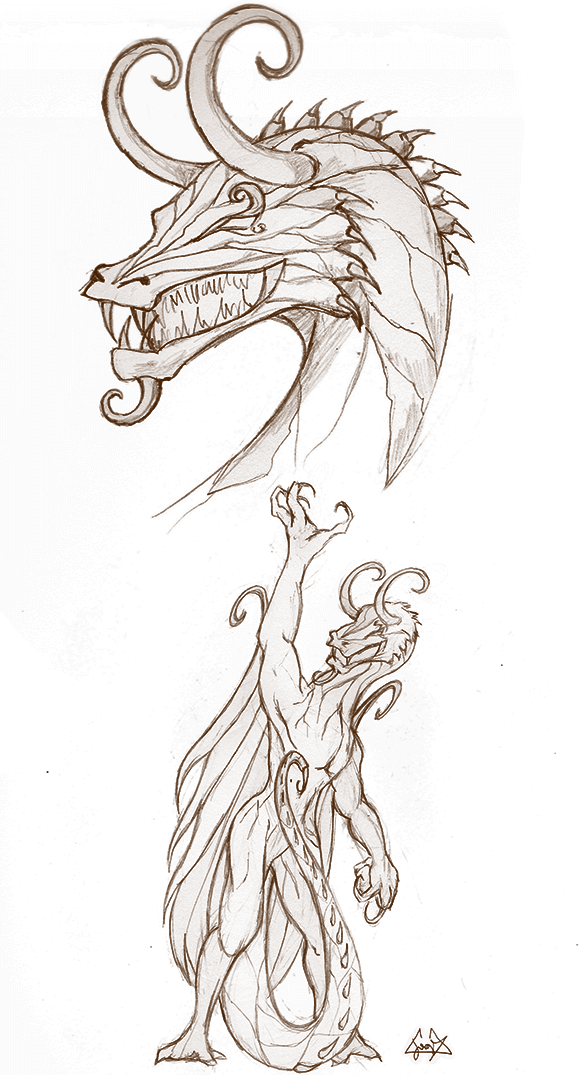 Having been created from the essences of the Primordial Sphere of Void, Ch’usaqmama's body is composed of Primordial Void. This allows her invulnerability against the damaging effects of it, the ability to turn her body into Primordial Void, and limited control over Primordial Void (the first Primordial Element, which includes spirit and other matters in etheric state).

Ch’usaqmama can control the forces of nature related to the Primordial Void, being able to control the planet's Biosphere and cause dementia, sickness, and pests.

Other attacks include the ability to shed ectoplasmic ether through her jaws, which can disrupt the spirit of their victims causing fainting, paralysis, or temporary dementia.

Ch’usaqmama can also absorb the energy of its victims, and shed the absorbed energy to revive other creatures or give temporary life to inanimate beings.

Ch’usaqmama can turn her body intangible and fly with her delicate wings (which are unusable in her solid state). In her intangible state, Ch’usaqmama can enter the body of her victims and possess their spirits to control them against their will.

In addition to this, Ch’usaqmama possesses strength, sharp claws, and a tail with spikes that she can use to attack her enemies.

Ch’usaqmama, like all Amarus, has a penetrating and magnetic look capable of hypnotizing and attracting her victims.

Ch’usaqmama™ specifications for the INKAS: The Legend™ game.

Ch’usaqmama can use her control over Primordial Void to freeze her enemies' souls.

Ch’usaqmama can absorb the Primordial Void from dead warriors's souls to gain their abilities.