Wayramama is an amaru (dragon-snake) created by the black magic of the of the serpent-god Amaru Wiraqucha and the mystical essences of the Primordial Sphere of Air, which was stolen from Waqaychaq Mama's temple.

Wayramama lives in the terrestrial skies, flying through the clouds, and ascending to the highest peaks. This being of colossal dimensions, is a force of nature to which all kinds of natural phenomena are attributed, particularly snowstorms and tornadoes. It is said that offerings must be made to all Elemental Amarus to always have good weather.

Wayramama, being composed of Primordial Air, is intellectual, curious, communicative, logical, and insensitive. Wayramama has an affinity with beings who share her temperament and can be invoked and controlled more easily by them. Wayramama tends to be curious about its environment and she usually watches other creatures to study them and be entertained. Another characteristic that Primordial Air gives her is a body with fine plumage covered in frost, and solid antlers forged in polar ice.

Like all Elemental Amarus, Wayramama is extremely wise. It is said that many of the secrets of the universe are written on her skin and that, by making offerings and sacrifices, Wayramama grants wisdom and good fortune. Wayramama is a neutral being that can be conjured and controlled with magic and offerings. But conjuring Wayramama is something extremely dangerous, and it can easily turn against the one who invokes her.

When resting, Wayramama usually "dissolves" her body in air, and becomes part of the Earth's Atmosphere. 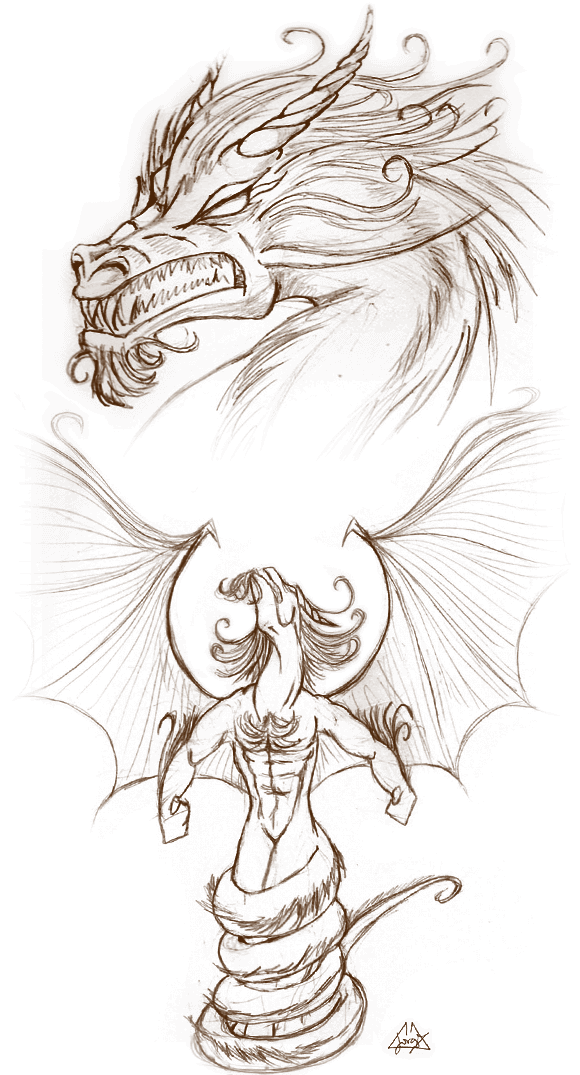 Having been created from the essences of the Primordial Sphere of Air, Wayramama's body is composed of Primordial Air. This allows her invulnerability against their harmful effects, the ability to convert her body into Primordial Air, and limited control over Primordial Air (the third Primordial Element, which includes air and other matters in a gaseous state).

Wayramama can control the forces of nature related to Primordial Air, being able to control the planet's Atmosphere and cause snowstorms, tornadoes, and hurricanes.

Other attacks include the ability to blow wind through her jaws, which can lower the temperature and freeze.

Wayramama's wings are powerful and allow her to fly long distances. Combined with her elemental power, Wayramama can fly at extremely high speeds, although she does not break the sound barrier.

In addition to this, Wayramama possesses strength and sharp claws that she can use to attack her enemies.

Wayramama, like all Amarus, has a penetrating and magnetic look capable of hypnotizing and attracting her victims.

Wayramama™ specifications for the INKAS: The Legend™ game.

Wayramama can use her powerful wings to fly over walls and can take an ally or enemy with her.

Wayramama can use her control over the Primordial Air to fly at subsonic speeds and can take an ally or enemy with her.