Qarqacha is a genetic aberration created by the archaic science of the serpent god Amaru Wiraqucha.

Qarqacha is really two living beings sharing the same body. Each head controls one half of its body. Having two heads, Qarqacha is extremely intelligent and cunning. When the two heads of Qarqacha agree, he can demonstrate great skill by being able to use his body with greater control than a normal being. But once in a while Qarqacha's heads disagree, which can make Qarqacha his own worst enemy.

Qarqacha is an antisocial and nocturnal being that wanders through shady places in animal shape, hiding behind rocks and bushes, and then taking its true form, dismembering its victims and eating them. When Qarqacha attacks, he emits a terrifying scream that resembles an infernal laugh.

It is believed that Qarqacha has developed a taste for the flesh of sinners, and now only this can placate his insatiable hunger. If one does not have a clear conscience, it is better not to risk going out at night ... 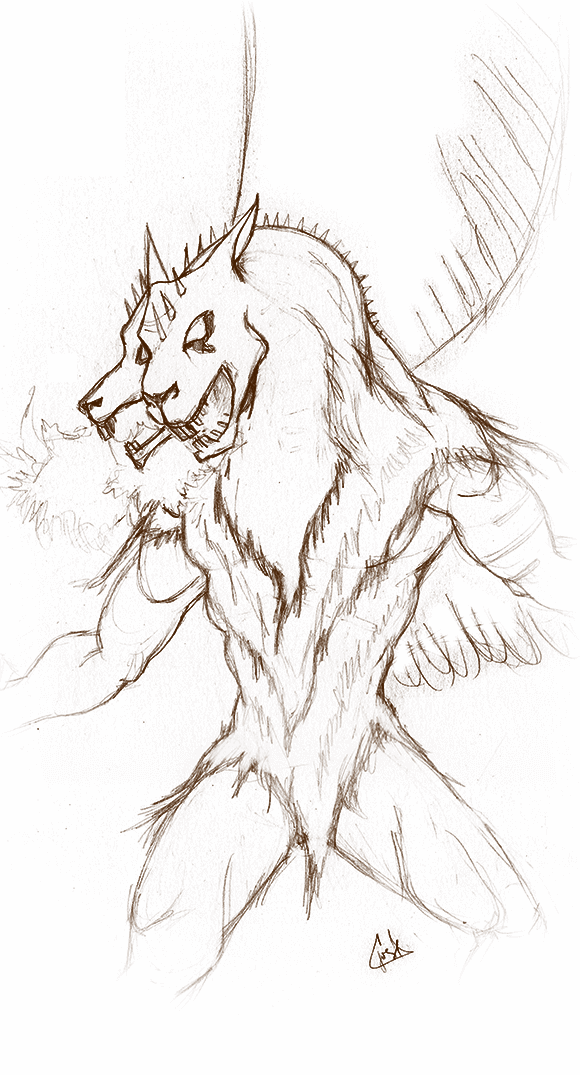 Qarqacha's altered genes give him a monstrous appearance, similar to that of a man with two llama heads.

Qarqacha has limited shape-changing powers, being able to sprout condor wings, powerful enough to fly, and being able to transform into a llama, a condor, and some other animals, while always maintaining the characteristic of having 2 heads.

Qarqacha can also spit a red acid that is ignited on contact with air.

Qarqacha possesses superhuman strength, sharp claws, and powerful combat teeth with which he can dismember his victims.

Qarqacha™ specifications for the INKAS: The Legend™ game.

Qarqacha can sprout powerful condor wings to fly over walls.

Qarqacha can morph into a two-headed condor that can fly at high speeds.