Simpira is a genetic aberration created by the archaic science of the serpent god Amaru Wiraqucha.

Thanks to its abundant telepathic and hypnotic powers, Simpira is always surrounded by a herd of supays, beasts and other creatures with which it wanders the dark dimensions of the Ukhu Pacha. Of all her flock, her favorite followers are a pair of powerful and loyal Yanapumas who defend her from any aggressor.

Simpira is cunning, malevolent, and scary, but like most supays, she is not very intelligent, resembling a beast more than a human being. However, she considers herself superior to the other supays and in her mind she is the queen and owner of the underground world of Ukhu Pacha. Any supay, or other being, who dares to challenge her, risks being horribly slaughtered by her and her servants.

The only being Simpira fears is her creator god Amaru Wiraqucha, whose orders she obeys without hesitation and always tries to please in the hope of receiving good fortune or new servants for her flock.

It is believed that Simpira now roams the world and, hidden in the darkness of her infernal dimension, she catches sinners with their long tentacles to transport them to her hell and turn them into monstrous creatures that will become part of their flock for all eternity ... 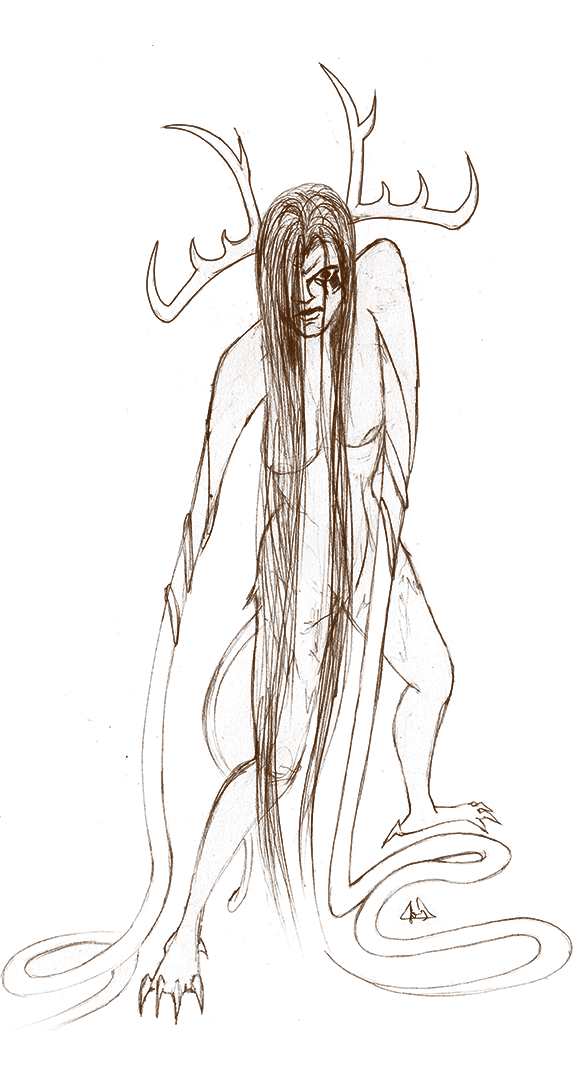 Simpira's altered genes give her a monstrous appearance and certain feline characteristics, including claws and a strong jaw with which it can crush her victims. Her eyes are able to see in absolute darkness.

Simpira walks slowly, dragging her limbs across the ground, but when she attacks, she is incredibly fast and flexible. Her tentacles can stretch and contract enormously and can be used as lassos to wrap her victims and as whips to attack or repel attacks.

Her genetic configuration also allows her to use her innate powers of teleportation, which allow her to wrap herself in darkness and teleport through hyperspace. With these powers, Simpira can hide in the darkness and teleport her tentacles through a hole in the hyperspace to surprisingly catch her victims and absorb them into her darkness.

Simpira also has great antlers with which she can transmit telepathic waves. With this limited telepathy, she controls all kinds of beasts who obey her and depend on her. This power can only affect beings with primitive brains. Humans cannot be controlled by it, however Simpira's telepathy makes them sick, causing headaches, vomiting, and fainting.

Simpira is always surrounded by her flock of beasts, rodents, reptiles, insects and other creatures that obey and protect her from any aggressor.

Of these minions, their main ones are two Yanapumas (supays with an appearance of black pumas). The Yanapumas are destructive and voracious, with sharp teeth, claws, night vision, and a hypnotic power similar to that of the Amarus with which they attract their victims. The Yanapumas also have the ability to rot all organic matter they touch. 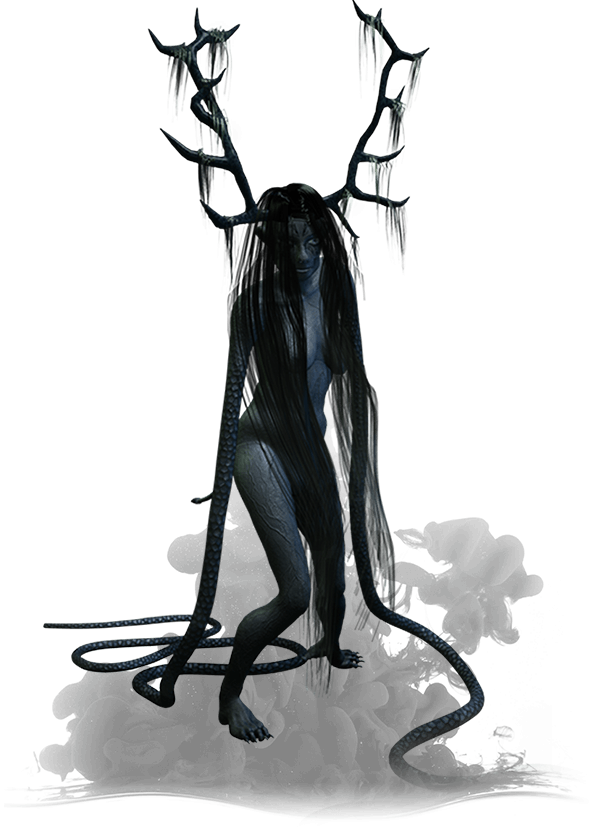 Simpira™ specifications for the INKAS: The Legend™ game.

Simpira can control her servants to protect her and her allies against any enemy attack.

Simpira can use her powers of teleportation through the darkness of hyperspace to transport herself and her allies to other cities.