Yawar Supay, the mysterious leader of the Chanka nation, is much more than he seems.

Being the only direct descendant of the semi-divine warrior Usquwillka ("Uscovilca"), Yawar Supay is endowed with royal blood that gives his body superhuman vitality.

Malicious, witty, and extremely charismatic, Yawar Supay has a powerful personality capable of manipulating people, motivating troops, and dominating nations. Because of his great lineage, he is considered supreme royalty of almost divine level and is loved and worshiped by all Chankas. Thanks to the leadership of him and his ancestors, the humble Chanka nation became a powerful and feared nation that subjugated the warrior Wari empire and the mystical empire of Taypikala (also known as Tiwanaku).

Yawar Supay is married to the much younger Yana Uru. He likes to surround his beautiful wife with gifts and servants, and always tries to please her in all his desires, but his obligations generally prevent him from spending time alone with her.

Yawar Supay was the first Chanka who contacted the serpent god Amaru Katari Wiraqucha and became one of his avatars. He offered his loyalty and life in exchange for the Hypervisic Force Weapons and the protection of his nation. Now, Yawar Supay and his group of royal warriors Chankas, follow the orders of Amaru Wiraqucha of which the first is: eradicate the young Inka nation.

Yawar Supay is considered by the Chankas a virtuous hero who would give his life for them ... but what Yawar Supay really thinks of his wife, his nation, his god, and his destiny ... only he knows ... 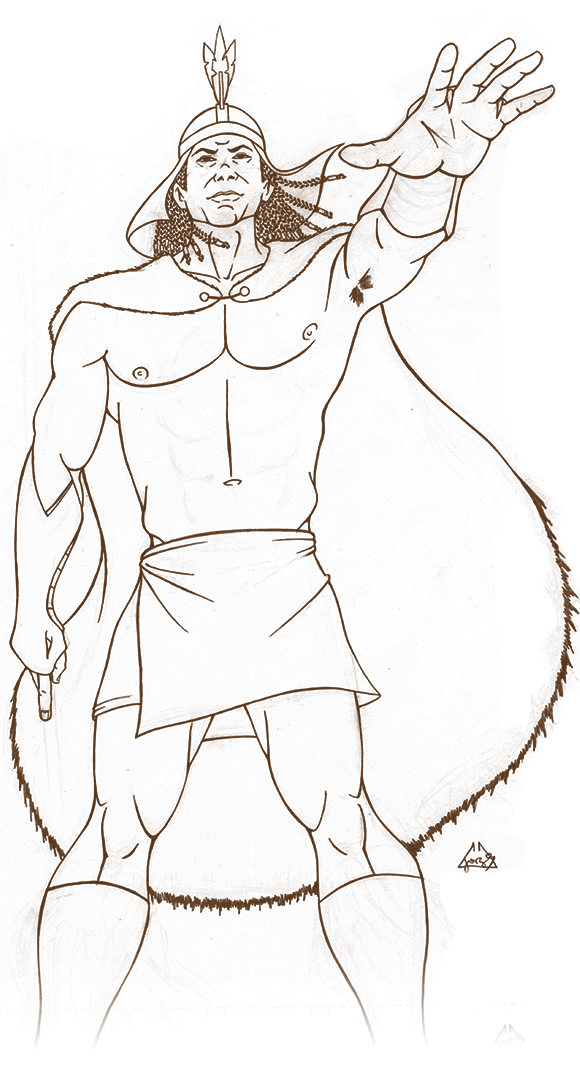 By having Usquwillka's blood running through his veins, Yawar Supay is endowed with superhuman vitality, which gives him superior physical resistance and the ability to regenerate his body from high-level wounds and injuries.

Although Yawar Supay prefers not to participate in conflicts directly, he is an excellent warrior in hand-to-hand combat and an expert in the use of weapons.

Yawar Supay is the owner of the Tenebrum Hypervisic Force Weapon, which was handed to him by Amaru Wiraqucha. This weapon gives him limited control over Primordial Tenebrum (the second Primordial Spiral, also known as "dark light" which can nullify heat, light, and other types of energy).

The Hawcha Disc, which is really the Primordial Sphere of Hypervisity embedded in a lead mask, energizes all Hypervisic Force Weapons and recharges with dark cosmic energy.

The Hawcha Disc can become a tiny black hole that can generate absolute darkness, freeze, nullify energy, and/or absorb everything in its reach (while protecting its holder from these effects).

While carrying the Hawcha Disc on his chest, Yawar Supay can become a dark intangible being capable of going through solid objects and mixing with the shadows. Yawar Supay can share his intangibility with people or objects in physical contact with him.

The Tenebrum Macana can generate an aura of energy around itself, making it strong enough to destroy many materials.

The Macana of Tenebrum can also project tenebrum of different intensities to create darkness, nullify energy, or freeze.

The Tenebrum Hatchet can generate an energy aura around itself, making it strong enough to cut through many materials.

The Tenebrum Hatchet can also create "cuts" in reality, allowing him to go through any wall, object, or substance without destroying them, but instead going through them through a hole in hyperspace. 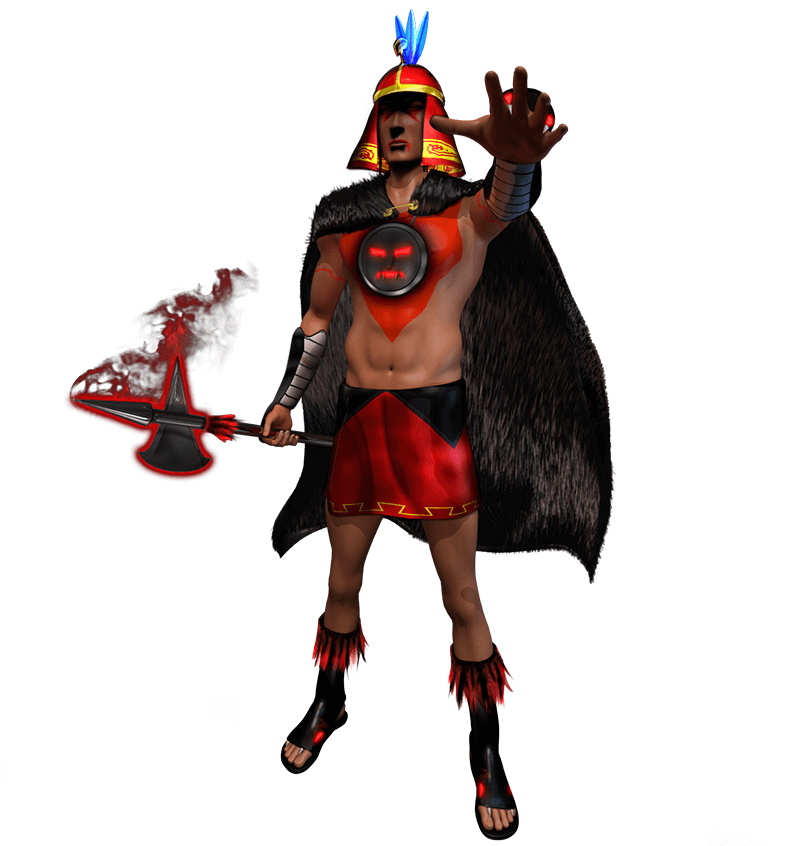 Yawar Supay™ specifications for the INKAS: The Legend™ game.

Yawar Supay can turn the Hawcha Disc into a Tenebrum Shield that protects him and his allies against any enemy attack.

Yawar Supay can use his Tenebrum Shield to create a Dark Portal with which he can instantly teleport himself and his allies to other cities.