Ayar Awqa is one of the Ayar brothers, older than Manqu by one year.

It is believed that Ayar Awqa is a son of the almighty god Wiraqucha born through human parents, which is why he is considered a part human and part Wiraqucha. Awqa has light hair and eyes, which is considered a sign of his Wiraqucha heritage, since this is something never seen among the runas (Qhichwa people).

Awqa is an intelligent and attractive teenager who loves and craves, action and adventure.

His exotic physique is something that attracts women and causes admiration in men. Awqa is very aware of this, and does not hesitate to use it to his advantage every time he can, whether to obtain favors, gifts, or interact with people who in the future can help him reach his goals. Awqa is a bit selfish, and usually thinks of himself rather than the welfare of those around him.

Awqa enjoys getting up early in the morning and explore his surroundings using his Sonic Wings. In this way, Awqa can catalog his surroundings, search for supplies, and warn their siblings of enemy attacks. Awqa is extremely intelligent and is capable of creating complicated stratagems to combat his enemies, although his lack of experience and impetuosity prevent him from realizing his full potential.

Although Awqa is a warrior at heart, he's also romantic, sentimental, and a dreamer. This is something he shares with his younger brother Manqu, with whom he usually takes long walks to talk about his dreams and fantasies.

One of these fantasies is to one day to find his "princess", the ideal woman with whom Awqa would share his life. And when Awqa saw Qura for the first time, he instantly knew that he had finally found her, and he wouldn't let anything or anyone keeo him away from her.

After years of peace (boredom, according to Awqa), the conflict with the Chanka nation is something that finally brings meaning and excitement to Awqa's life. Always dedicated to being the best in any activity he takes on, Awqa yearns to be the best warrior in his nation and to one day become a revered hero. 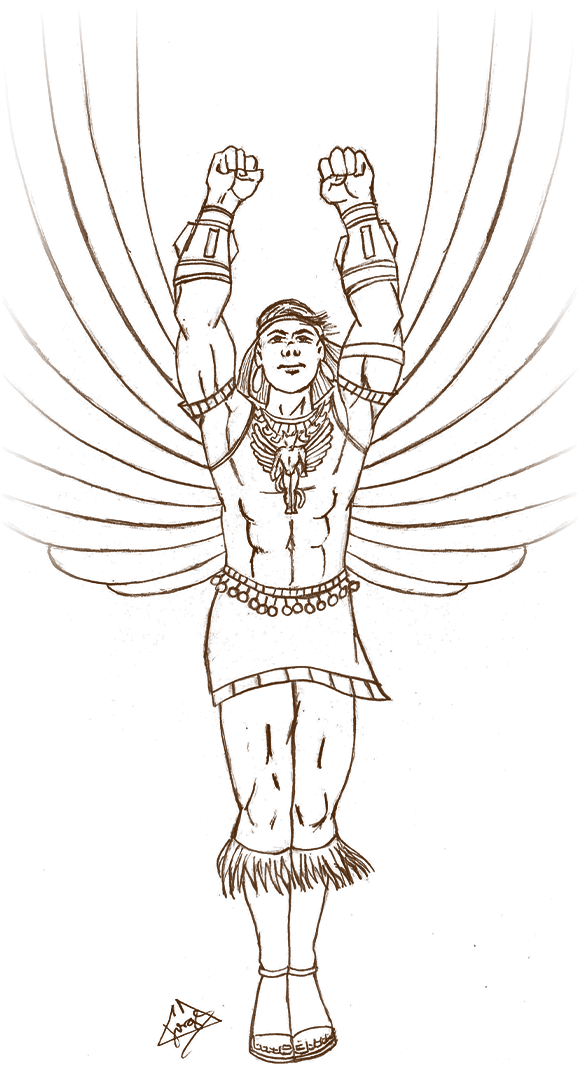 Having Wiraqucha's blood running through his veins, Awqa is endowed with a superhuman physiology that gives him extreme control over his body.

Awqa can tune his senses to superhuman levels, with which he can see over long distances and in the dark. He can also detect sounds over long distances, or sounds that other humans cannot hear. His sense of smell, taste, and touch are also superior. Awqa also has senses of echolocation and magnetic navigation, which help guide him during flight.

Awqa can negate pain in his body, control his breathing, survive without feeding for extended periods, resist disease, and metabolize food perfectly.

Although Awqa cannot regenerate his body in the advanced way that Qura can, he can recover more quickly from injuries by entering a state of deep meditation.

Awqa is the owner of the Electromagnetic Force Weapon of Sound, which was handed to him by Waqaychaq Mama. This weapon gives him limited control over Primordial Sound (the third Primordial Wave, which includes audible sounds, radio waves, and microwaves).

The weapon is composed of 3 parts: the Sonic Daggers, the Sonic Wings, and the Sonic Ring.

Awqa's bracelets can generate sonic daggers sharp enough to cut through many materials.

Awqa's armor is capable of generating Sonic Wings that allow him to levitate and move at supersonic speeds.

Awqa can fly and break the sound barrier creating a powerful shock wave.

The armor and Sonic Wings protect Awqa's body against all kinds of attacks, and generate a low-level force field around Awqa to protect him from the environment while flying.

The Sonic Ring can absorb and emit sonic waves, being able to create an area of ​​silence around Awqa (to avoid detection) and create powerful shock waves. 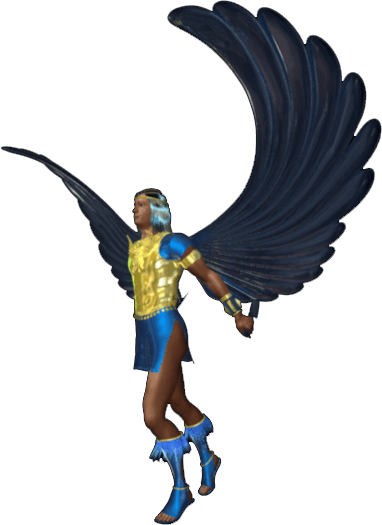 Ayar Awqa™ specifications for the INKAS: The Legend™ game.

Awqa can use his Sonic Wings to fly over walls and can take an ally or enemy with him.

Awqa can use his Sonic Wings to propel himself at supersonic speeds and can take an ally or enemy with him. 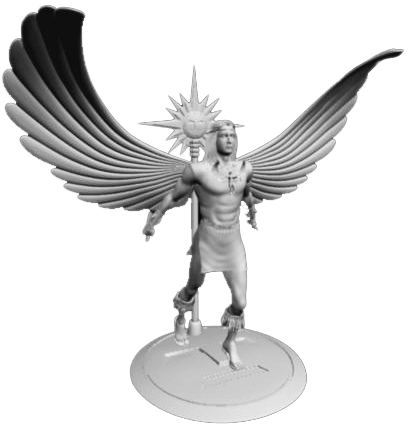