Not much is known about this secret ally of the Ayar Siblings.

After discovering that her entire life was a lie, her world turned upside-down , having to assume the role of a warrior overnight.

Adept to magic from an early age, what was once a hobby now becomes her main weapon against the forces of evil.

She is thrown into a world of war and conflict of which she never wanted to be a part of. But when her destiny was revealed, she understood that, like her husband, her role in the battle against the Chankas is irreplaceable.

This secret ally is a woman of great internal strength who knows that, no matter what life throws at her, she will survive. But sometimes she wonders, why Wiraqucha had to give her such a difficult destiny. 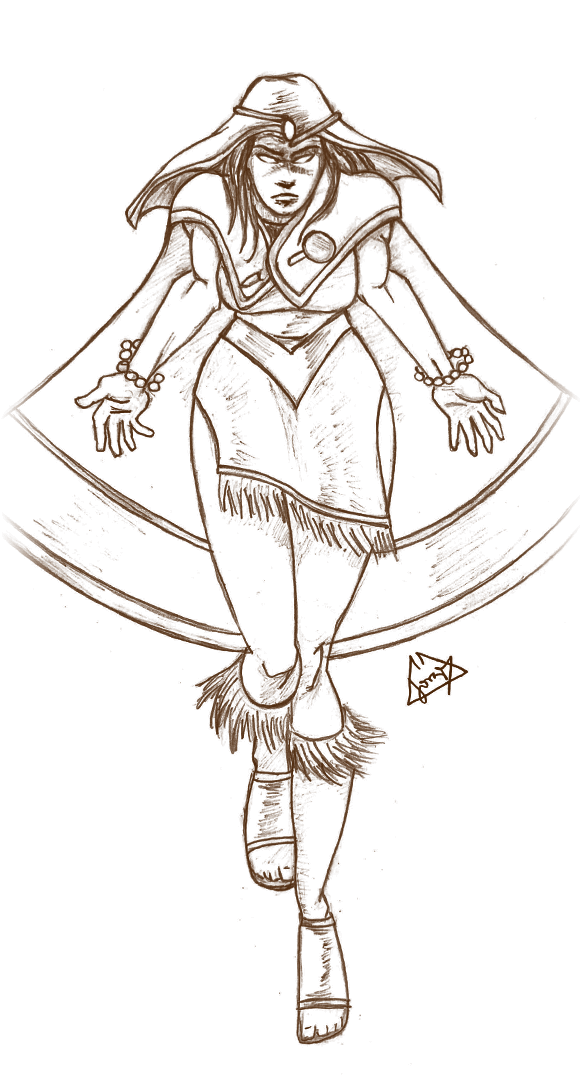 This secret ally possesses supernatural powers that grant her a spiritual affinity with the forces of nature. She can use this affinity to conjure up all kinds of spells.

Secret Ally™ specifications for the INKAS: The Legend™ game.

The secret ally can trap the soul of her enemies and put them in a state of temporary coma.

The secret ally can use her ancestral magic to invoke the spirit of dead warriors and use their abilities.