Yakumama is an amaru (dragon-snake) created by the black magic of the serpent-god Amaru Wiraqucha and the mystical essences of the Primordial Water Sphere, which was stolen from the Waqaychaq Mama temple.

Yakumama lives in the terrestrial oceans, swimming in the rivers, and emerging from the lakes. This being of colossal dimensions, is a force of nature to which all kinds of natural phenomena are attributed, particularly torrential rains and tidal waves. It is said that offerings must be made to all Elemental Amarus to always have good weather.

Yakumama, being composed of Primordial Water, is emotional, imaginative, creative, sensitive, and temperamental. Yakumama has an affinity with beings who share their temperament and can be invoked and controlled more easily by them. Yakumama tends to be unstable, can not stand still in a place for a long time and constantly navigates from side to side. Another characteristic that Primordial Water gives her is a body through which river waters flow and gelatinous fins and appendages.

Like all Elemental Amarus, Yakumama is extremely wise. It is said that many of the secrets of the universe are written on his skin and that, by making offerings and sacrifices, Yakumama grants wisdom and good fortune. Yakumama is a neutral being that can be conjured and controlled with magic and offerings. But conjuring Yakumama is something extremely dangerous, and it can easily turn against the one who invokes it.

When resting, Yakumama usually "dissolves" his body in water, and becomes part of the Earth's Hydrosphere. 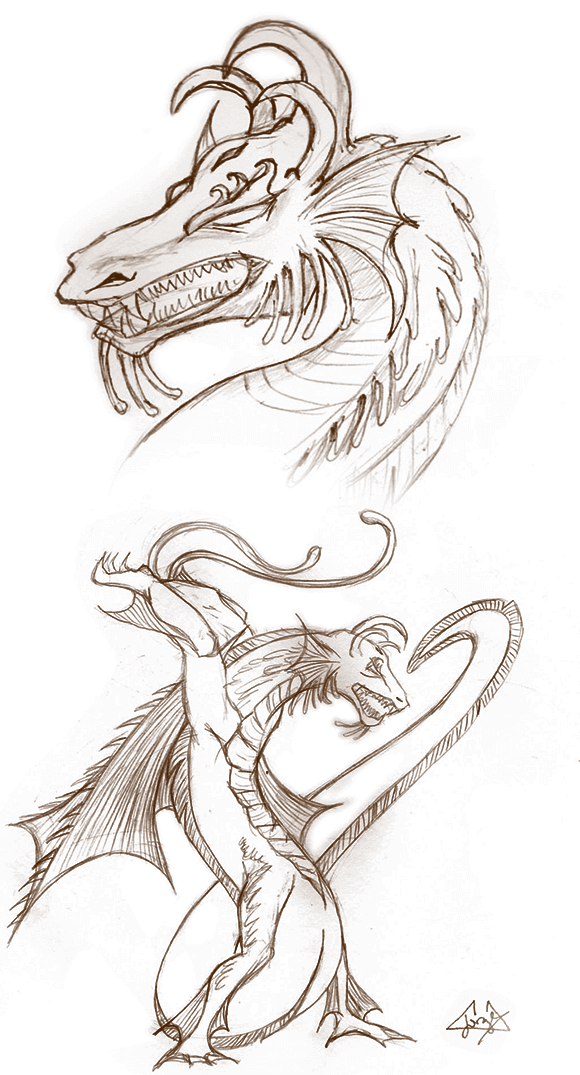 Having been created from the essences of the Primordial Sphere of Water, Yakumama's body is composed of Primordial Water. This gives her invulnerability against its harmful effects, the ability to turn her body into Primordial Water, and limited control over Primordial Water (the fourth Primordial Element, which includes water and other matters in a liquid state).

Yakumama can control the forces of nature related to Primordial Water, being able to control the Hydrosphere of the planet and cause torrential rains, waterspouts, and tidal waves.

Other attacks include the ability to release acid under pressure through her spiracle and throw poison and water through her jaws, which can be energized with its bioelectricity.

Yakumama's wings are not useful for flying, but they serve as fins for swimming at high speeds.

Her three horns allow her to generate high voltage bioelectricity with which she can energize the water she throws through her jaws, causing great destruction. This bioelectricity also allows her to glow in the depths of the sea.

In addition to this, Yakumama possesses strength, sharp claws, and long appendages on her arms that she can use as whips to attack her enemies. Her appendages have suckers that generate poison.

Yakumama, like all Amarus, has a penetrating and magnetic look capable of hypnotizing and attracting her victims.

Yakumama™ specifications for the INKAS: The Legend™ game.

Yakumama can perform long-range attacks by expelling high pressure acid from his spiracle.

Yakumama can generate high voltage bioelectricity in her horns to overload the jets of water that she spits through her snout.