Wayra Sumaq, is one of the warriors of Chanka royalty.

Being one of the direct descendants of the semi-divine warrior Anquwillka ("Ancovilca"), Wayra Sumaq is endowed with royal blood that gives her body superhuman vitality.

Capricious, disrespectful, and extremely vain, Wayra Sumaq is a woman who is very difficult to deal with. Because of her great lineage, she is considered royalty and is served by all Chankas. Having grown up in that environment, Wayra became spoiled and got used to being surrounded by multiple servants who fulfill her every whim. When not in battle, Wayra enjoys eating delicacies, taking long naps, and relaxing in hot spring baths.

Wayra is extremely elitist and does not like to mix with people she considers to be of a lower cast, unless they are her servants. Although Wayra generally appears to be selfish, she honestly cares about her people and would give her life to protect them.

Wayra enjoys dressing in luxurious clothes and jewelry, and painting her face and hair in attractive ways. Wayra is obsessed with gold and covers her body with this metal.

Wayra is single and has no interest in being with any man, since she considers that no man reaches her level. Wayra has a tense relationship with her brother Sinchi, who is her youngest by a year. Although she loves her brother very much, she rarely talks to him, and when she does, she usually does it in anger.

Nobody knows Wayra's feelings and worries, as she prefers to hide them behind a mask of perfection.

Though Wayra can be superstitious and fearful of black magic, she is not afraid of anyone: human, supay, or god. And she is always searching for a good battle.

Wayra has very little patience and can't stand fools. When someone says something she considers stupid, she has no qualms about saying so ... even if the one who says it is her own leader, Yawar Supay.

Sometimes, Wayra gets tired of being a full-time warrior and wishes that one day she will finally enjoy all the advantages of being part of the Chanka royalty. 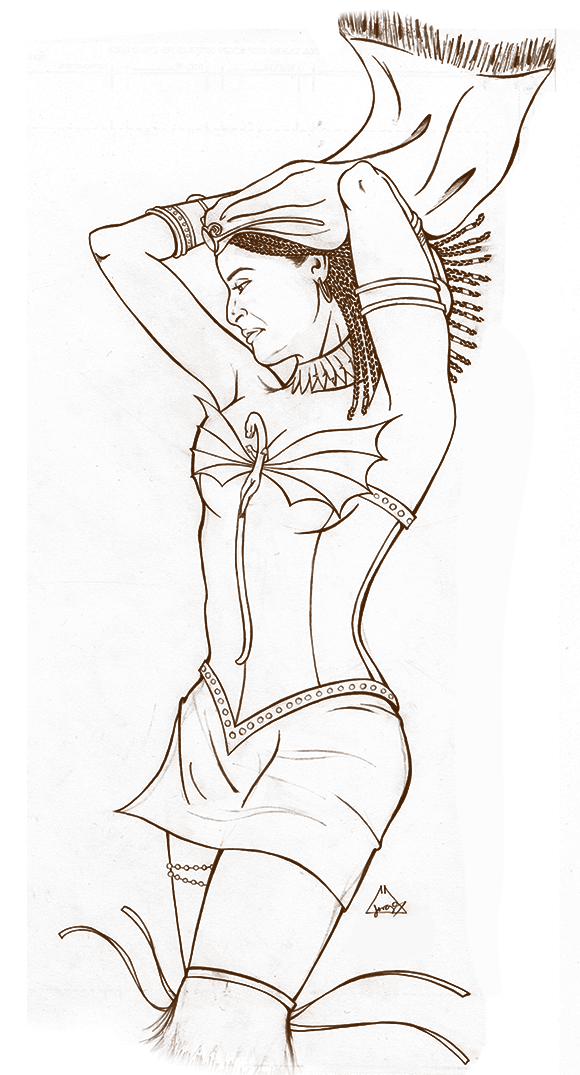 By having Anquwillka's blood running through her veins, Wayra is endowed with superhuman vitality, which gives her superior physical endurance and the ability to regenerate her body from moderate level wounds and injuries.

Wayra Sumaq™ specifications for the INKAS: The Legend™ game.

Wayra can use his Stridic Wings to fly over walls and can take an ally or enemy with her.

Wayra can use her Stridic Wings to propel herself at hiperspeeds and can take an ally or enemy with her. 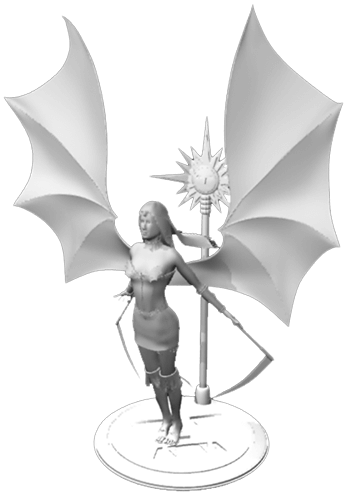