Ayar Uchu is the oldest of the Ayar brothers, older than Kachi by one year.

It is believed that Ayar Uchu is a son of the almighty god Wiraqucha born through human parents, which is why he is considered part human and part Wiraqucha. Uchu has brown hair, which is considered a sign of his Wiraqucha heritage.

Uchu is a responsible and mature teenager who is in a difficult role.

Being the eldest of the Ayar Siblings, Uchu is automatically the leader of the group and who must take responsibility for the destiny of his entire nation. Carrying the weight of the world on his shoulders at such an early age causes great stress to Uchu, which usually manifests as physical pain and bad temper.

Not being an expert in the rituals of his people, Uchu feels compelled to continue their traditions and do his best to keep his roots.

Being a realist and a man of action, Uchu is often annoyed by his younger brother Manqu, whom he sees as a child trapped in a fantasy world, and he considers it his task to turn him into a man.

Uchu often chews coca leaves to resist fatigue and continue his work as a leader. The only escape that Uchu finds in this life is with his wife Rawa, with whom he can share small moments of intimacy in which he can forget about his responsibilities and the world around him.

Years ago, before taking on all his responsibilities, Uchu used to be playful and a jokester. Sometimes, when Uchu is relaxed and lowers his guard, this side of his personality can be seen.

Uchu stoically accepts the role he has to play in this life, because he cannot afford to doubt himself ... he knows that if he fails, the young Inka nation will pay the price. 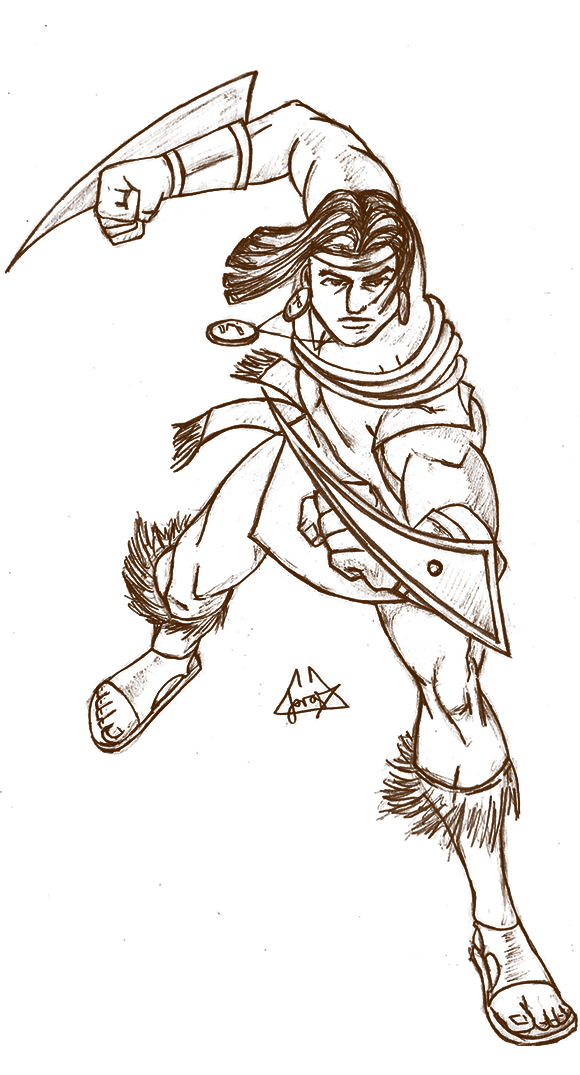 Having Wiraqucha's blood running through his veins, Uchu is endowed with limited clairvoyance. Uchu can sense danger before it happens, which helps him predict the attacks of an enemy in combat. Uchu sporadically receives prophetic dreams.

Uchu is the holder of the Electromagnetic Force Weapon of Magnetism, which was handed to him by Waqaychaq Mama. This weapon gives him limited control over Primordial Magnetism (the fifth Primordial Wave, which includes ferromagnetism, paramagnetism, diamagnetism, etc.).

Ayar Uchu™ specifications for the INKAS: The Legend™ game.

Uchu can climb up and hide in the trees to surprise his enemies before they can attack him.

Uchu can use his Magnetic Rope to steal objects from a distance.