Ukumari, also known as "Ukuku", is a genetic aberration created by the archaic science of the serpent-god Amaru Wiraqucha.

Colossal in size and strength, Ukumari is an unstoppable force that destroys everything in its path and often dismembers his victims with his powerful arms.

Ukumari is an extremely wild and violent supay. Having been engendered in an abnormal maner, Ukumari has an imperfect brain, which causes him constant pain, and sometimes epileptic attacks, which explains his psychopathic behavior. If it were not by Simpira's mental control over Ukumari, it's possible he would have already eradicated most of the supays of the Ukhu Pacha. But not even Simpira's power can completely control Ukumari, since his imperfect brain is unpredictable. Usually, all Simpira can do is use her powers to relieve Ukumari's pain and calm him.

Ukumari usually looks for dark and silent places where he can rest and calm his constant pain. The slightest change in lighting or sound, can throw Ukumari into an explosion of rage, since his brain usually suffers when processing any new or extreme sensation. Ukumari just wants to be left alone and live in a world of silence and darkness. Any being that interrupts his tranquility should be permanently silenced.

When he angers, Ukumari's eyes widen tremendously, his mouth foams, and the hairs that cover his body change from dark brown to bright red.

Ukumari can generally be calmed by females of mammalian species, since their pheromones have a relaxing effect on his nervous system. For this reason, Ukumari abducts the females that cross his path and takes them to his cave, where he will enjoy their company for the short time that they can resist his company ... 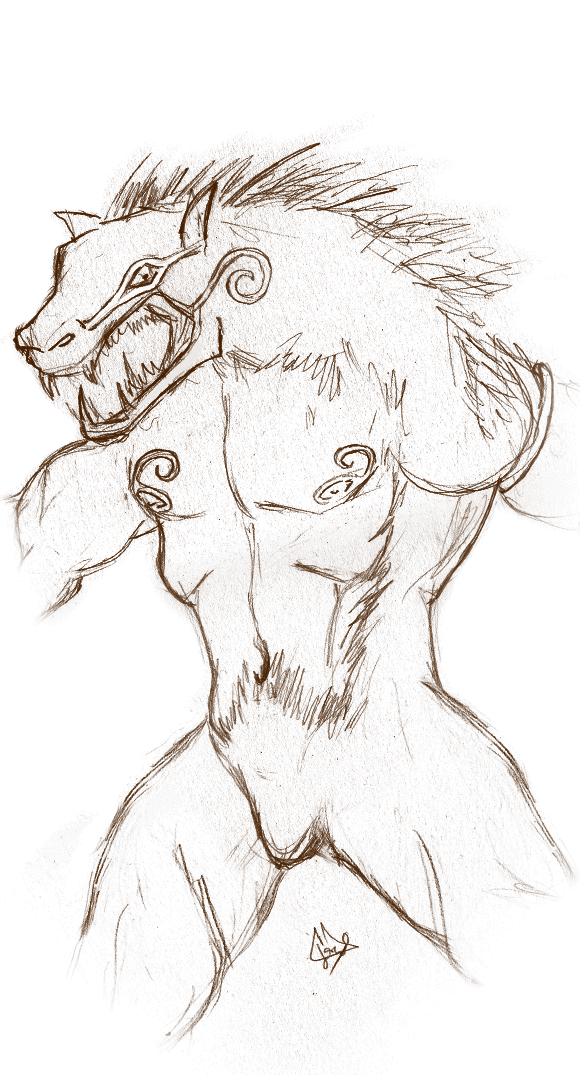 Ukumari's altered genes give him a monstrous appearance, similar to that of a spectacled bear with anthropomorphic features like that of a gorilla.

Ukumari has an extremely dense body and immeasurable physical strength capable of shaking mountains. He is practically invulnerable to any kind of physical attack.

Ukumari is able to use all of his limbs as arms or legs, and despite his enormous weight, Ukumari is extremely agile, capable of climbing, jumping and running at high speeds.

Ukumari can attack from a distance, throwing heavy rocks at his enemies.

Ukumari™ specifications for the INKAS: The Legend™ game.

Ukumari can make long-range attacks by throwing huge rocks with his superhuman strength.