Battle gods and enemy nations in YOUR quest to become
the founder of a NEW empire!

A strategy miniature board game based on the legendary history and mythology of the Inka empire is coming to Kickstarter in 2020.
Join our waitlist for early bird discounts and a FREE "Print & Play" version of this game. 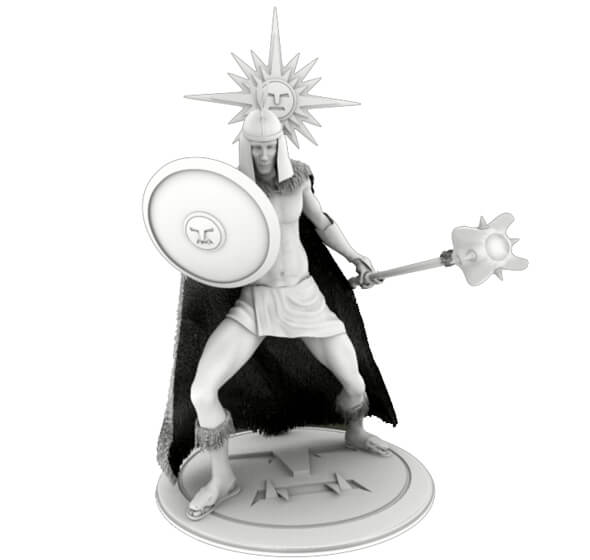 Based on the legendary history and mythology of the Inka Empire, Inkas: The Legend is a strategy board game for 2 to 4 players that takes you back to a mystical time of spirits, monsters, and dragons, where you must battle gods and conquering nations for the chance to become the leader of a new empire.

The game represents the war between the Inka and Chanka nations, in their quest to be the first to find the magical spot where the city of Cusco must be founded. Whoever founds Cusco will have dominion over the Tawantinsuyu: The four quadrants of the Inka Empire. 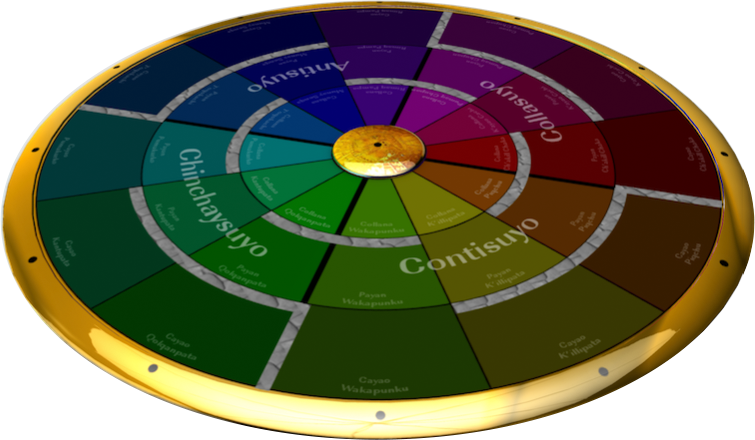 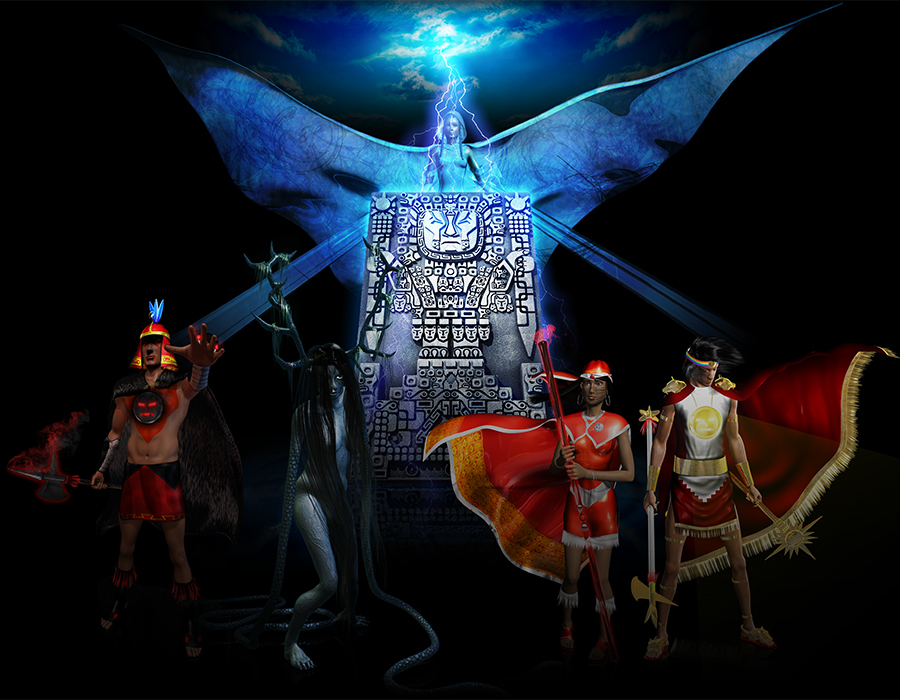 The teenage Ayar siblings, considered the chosen children of the almighty god Wiraqucha, must quest in search of the promised land of Cusco, where they must establish a new mystical Empire that will stand against the ancient evil that is taking over the Cosmos.

Using the magical weapons given to them by the goddess Waqaychaq Mama, the Ayar siblings must battle demonic creatures and the armies of the Chanka nation, lead by the evil Yawar Supay and their dragon god Amaru.

Up to 4 ayllus (teams/families) can battle simultaneously (against each other or teaming up) in their quest to found Cusco. These ayllus are: the Inkas, the Quyas, the Chankas, and the Supays.

There is an additional 5th ayllu, the Amarus, which the other 4 ayllus can add to their ranks during gameplay.

Ayllu formed by the four Ayar Brothers ... and an enigmatic ally. Considered to be the sons of the god Wiraqucha, born through human parents, they have incredible abilities and are the owners of the Electromagnetic Force Weapons. They are also known as the Children of the Sun and they are the spouses of the Quyas.

This Ayllu is part of the Inka Nation. Its emblem is the Golden Inti. Members: Ayar Manqu, Ayar Awqa, Ayar Kachi, Ayar Uchu, and Wapu.

Ayllu formed by the four Ayar Sisters ... and an enigmatic ally. Considered to be the daughters of the god Wiraqucha, born through human parents, they have incredible abilities and are the owners of the Primordial Elemental Staffs. They are also known as the Daughters of the Moon and are they are the wives of the Inkas.

This Ayllu is part of the Inka Nation. Its emblem is the Silver Killa. Members: Mama Uqllu, Mama Qura, Mama Waqu, Mama Rawa, and Chaylla.

Ayllu formed by five warriors of Chanka royalty. Direct descendants of the mythical warriors Usquwillka and Anquwillka, they have superhuman vitality and are the owners of the Hypervysic Force Weapons. They were gathered and trained by their god Amaru to conquer nations.

Ayllu formed by the five most fearsome Supays (demons) that inhabit the Ukhu Pacha. Created by the archaic science of the serpent god Amaru, these genetic aberrations possess terrible abilities, and an appearance that complements them. On occasion allies of the Chankas, frequently enemies of everything that lives.

Ayllu formed by the five Elemental Amarus. Created by the black magic of their god Amaru Wiraqucha and the primordial essences of the Elemental Spheres. Neither benevolent nor evil, these serpent-dragons are temperamental forces of nature that must be respected and feared.

Each character has a different role to play in their Ayllu, with unique skills that helps their team during a quest. The five roles are: Guide, Explorer, Fighter, Hunter, and Shaman.

Each miniature has a color in their base, which denotes its role: Red (Guide), Blue (Scout), Green (Fighter), Yellow (Hunter), and Violet (Shaman).

Warrior in charge of protecting their ayllu and providing them with safe passage. Abilities:

Warrior in charge of exploring the cities and transporting objects. Abilities:

Warrior in charge of the physical and spiritual health of their ayllu. Abilities:

Be notified on INKAS: The Legend!